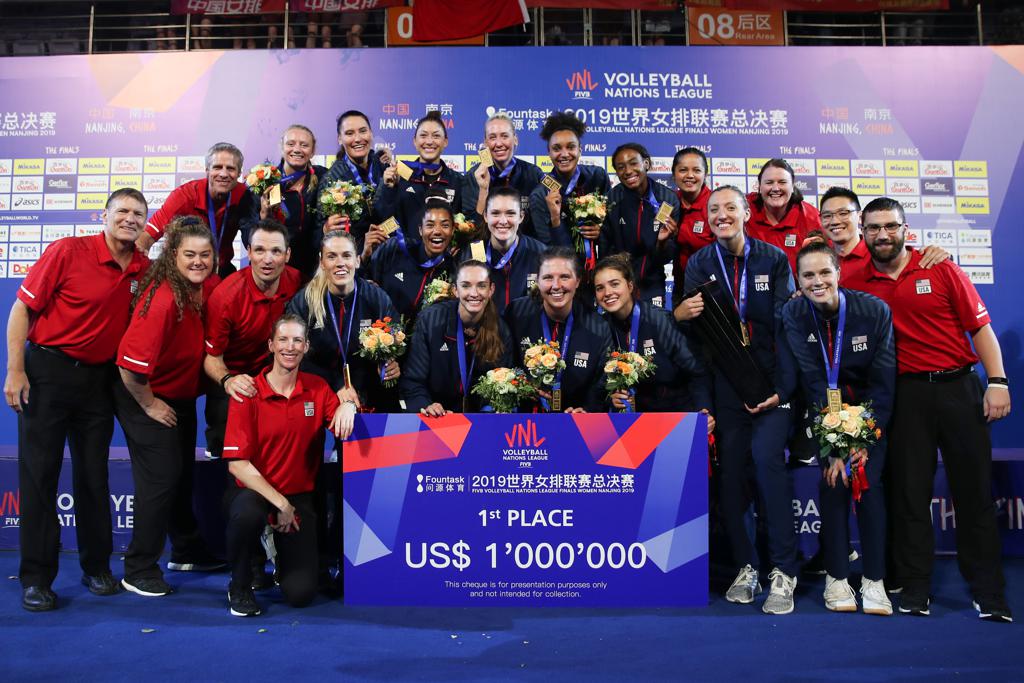 “Wow, Annie,” U.S. Women’s National Team Head Coach Karch Kiraly said. “I don’t know how many points she had, but she was huge. Everyone was huge.”

The comeback concluded in high drama in the fifth set with an unusual ending. Although Brazil earned the first two-point cushion of the tiebreaking fifth set at 3-1, Team USA bounced back to take its first lead of the set at 5-4 with two Robinson kills after a Brazil service error. The Americans extended the advantage to three at 8-5 with a Drews kill, Robinson ace and Larson kill. Brazil closed to one at 10-9. Team USA went up 13-10 with kills from Drews and Haleigh Washington (Colorado Springs, Colorado). Brazil saved two match points at 14-13. In a bold move, Kiraly called for a video challenge for net touch during the middle of match point and Team USA won the points as the video clearly showed Brazil touching the net antenna. Otherwise, Brazil would have won the point and tied the set if the video challenge was unsuccessful.

Drews, named the VNL most valuable player, hammered 32 kills on 59 swings to go with a block for her 33 points. Kelsey Robinson (Manhattan Beach, California) added 13 kills on 37 swings and two aces for 15 points. Drews and Robinson scored five and four points, respectively in the tiebreaker. Washington, who did not score her first of the match until late in the second set, contributed eight kills on 13 swings and two blocks for 10 points.

At the end of the tournament, Washington was named Best Blocker and Megan Courtney (Dayton, Illinois) was selected Best Libero.

The U.S. dominated on offense with a 73-58 advantage in kills. Brazil held a 15-11 margin in block, but that the Americans had an 8-6 advantage over the course of the final three sets. Brazil had a slim 3-2 edge in aces. The Americans limited their errors to 23 for the match to the Brazilians’ 21.