US Women earn 1st even Gold Meda in Dominant Fashion! 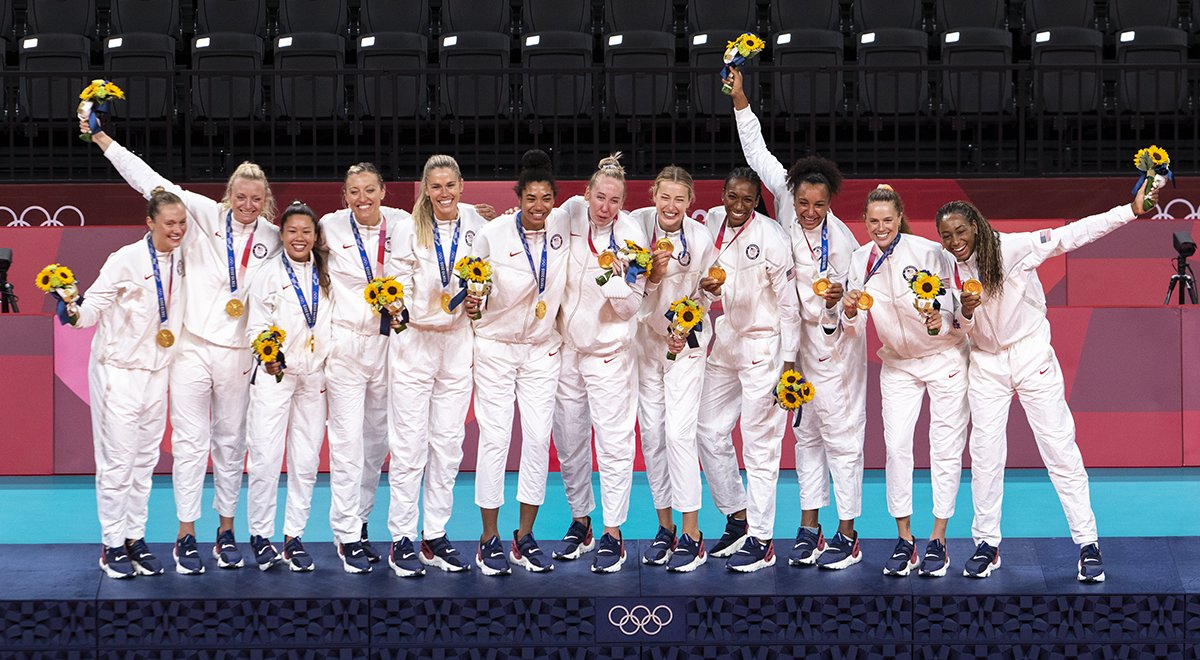 Three-time Olympian Jordan Larson was named the Olympic Most Valuable Player and best outside hitter of the Dream Team.

“I had immense confidence that our team was going to execute,” Larson said. “We had a game plan, and everybody stuck to it. I don’t know if the words will come. I am still in a state of shock.

“We’ve just had to deal with a lot of adversity. The fact that we are going to walk away with a medal, I think it’s something to celebrate.”

“Five medals out of the 11 Olympics, but no gold,” said U.S. Head Coach Karch Kiraly, who was asked why he cried after the match. “It was a very powerful emotion that overcame me to help this program in this 12th Olympics finally become Olympic champion.”

Kiraly won two Olympic gold medals as a men’s indoor player and one more playing on the beach. He found more satisfaction with Sunday’s win.

“I think it was more powerful for me today than when I was a player because the first Olympics I played in, we won. We didn’t come close and lose. It makes it taste and feel much more special when you go through the hard times.”

Larson and three-time Olympian Foluke Akinradewo Gunderson both now have medals of each color.

Against Brazil, opposite Annie Drews led all scorers with 15 points on a match-high 14 kills and one block. Outside hitter Bartsch-Hackley added 14 points on 11 kills, two blocks and one ace. Larson scored 12 points on 12 kills.

The U.S. Women led Brazil in kills (46-32), blocks (8-6) and aces (2-1). Poulter, who came back from an ankle injury suffered during pool play to set in the semifinals and finals, helped her team to a .418 hitting efficiency.

“Honestly, the last three matches we’ve been so focused on the task at hand; focused on the point at hand,” Poulter said. “For us to be able to sweep in the quarters, in the semis and in the finals, I think it just shows how locked in we were and how ready we were.”

Brazil, who was missing starting opposite Tandara Caixeta after she reportedly tested positive for a banned substance, hit .183.

Libero Justine Wong-Orantes was credited with a team-leading seven digs and 12 successful receptions.

Among the United States’ other scorers, middle blocker Haleigh Washington had a match-high three blocks to go with five kills Akinradewo scored five points on four kills and one block. Poulter scored one point with a kill and serving specialist Kim Hill had one point with an ace.